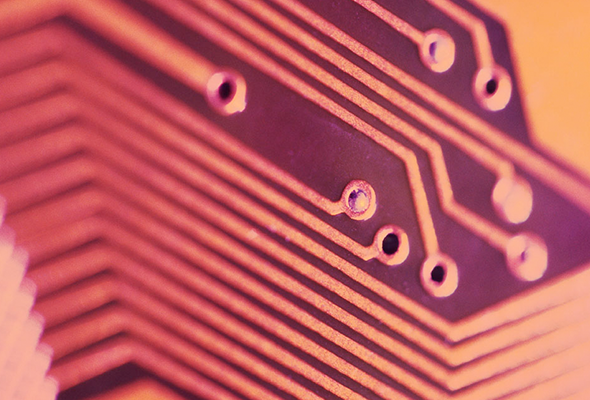 Ferdinand Porsche was born in Austria in 1875 and quickly developed an affinity for electricity, moving to Vienna at the age of 18 to become an apprentice at an electrical engineering firm. In just five years time, Porsche rose through the ranks at the firm and was tabbed by Ludwig Lohner to develop an electric drivetrain for his carriage-manufacturing company. Although the predecessors of printed circuit boards were used in radios and gramophones in the 1920s, modern PCBs did not arrive until after World War II. Over two decades before radios and over a century before weÃ¢â¬â ¢d see electric vehicles mass produced, Porsche developed his P1 with an electric motor run on batteries that could reach top speeds of 21 mph and debuted it on June 26, 1898. Porsche later formed his own automobile company in 1931 and the first sports car to bear the Porsche name was released in 1948. Well ahead of his time, Porsche showed the world that electricity and advancements in engineering would play a profound role in the advancement of society.

Learn More about the History of Printed Circuit Boards

It is fascinating to see just how much printed circuit boards have changed over the years. From the first PCB patents for Ã¢â¬Åprinted wireÃ¢â¬Â in the 1900s to the introduction of various laminates and double-sided boards, the PCBs we know and use today have continually undergone changes that have allowed electrical engineers and product designers to get more efficiency and higher performance from their applications. You can learn more about the history of PCBs and begin the process of designing and ordering boards for your project by contacting an expert at Advanced Circuits.